“I have not taken a bath in years” is a favorite saying for some people who only like to take showers. The reality is that many others actually prefer a bath in a tub over taking a shower. Soaking in a tub of hot water and, in some cases bubbles, is just more relaxing than jumping in for a quick shower and moving on down the road. So, the question becomes which will be installed in that bathroom remodel?

If space is an issue, a shower will usually take up less space. If a specialty shower is what is wanted, obviously a shower is the only answer. Most bathtubs simply do not come with all of the fancy shower oriented gadgets even if the tub is equipped to be a shower, also. Showers do not always take up less space than a tub. A big steam shower or one with ports to spray all of your body simultaneously can easily require more room than a standard tub.

Showers also have the disadvantage of creating much more ambient moisture in the room they occupy. If proper ventilation is not installed, mold and mildew can form extremely quickly in those areas compared to a room with a bathtub.

Many people consider a shower to be more sanitary than a bath because you do not take a shower by soaking in water becoming less clean by the minute. In a tub, you sit in the water that you are using to wash yourself. This means by the time that you reach the end of a both, your body is being rinsed with dirty water. Depending on how badly you need the bath, this can result in a bath that ends with extremely soiled water.

The constant flow of a shower over your body and down the drain helps make certain that you are always washing and rinsing in clean water. If you start at the top and wash downward, by the time you reach your feet, you have not only washed those body parts, but all of the grime reaching your lower extremities will have been removed also.

As far as the installation goes, it is not much different to install a shower or tub. Both need water lines and sewer lines ran and hooked up. As far as cost, a cheap shower and a cheap tub are in a similar price range. Both the shower and the tub can move up into high class spending. Specialty showers and gigantic tubs can easily reach thousands of dollars.

In the final analysis, it comes down to personal preference and space. If you have enough room, it does not matter what is installed. Most home owners prefer to install a bath that has a shower built into it. This way, whichever is preferred can be used. Some who prefer baths want a shower now and again. The same is true for those who usually opt for a shower. A good soak in hot water can get rid of a lot of anxieties, aches, and pains.

When thinking about the resale value for the home, having both available guarantees that a sale will not be lost because the buyer prefers one over the other, and the house has the wrong one. If there are multiple bathrooms, then at least one bathroom should have a tub and one a shower or tub and shower combination.

In considering green issues, many will argue that a shower uses less resources than a tub. However, a long shower with a generous shower head can easily discharge enough water for a nice full tub. Conversely, if the tub is only partially filled for a quick bath, it is possible that the bath uses less water and hot water than a shower. 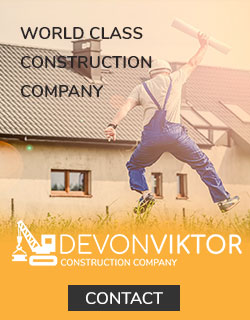